COVID-19 RESPONSE – SUPPORT THE KIDS & TEENS THAT NEED US MOST
GIVE TODAY
Boys & Girls Clubs of Metro Atlanta > Clubs > A.R. "Gus" Barksdale > Taequan’s Story: From Conflict to Confidence, Courtside and Beyond

Taequan’s Story: From Conflict to Confidence, Courtside and Beyond

Taequan’s Story: From Conflict to Confidence, Courtside and Beyond

The clock is ticking. It’s down to the wire. Taequan S. – a star shooting guard for his local basketball team – has one thing on his mind…a win! He darts this way, he passes that way, he’s trying to keep his head in the game, but MAN…an opponent who has been heckling Tae the whole game finally pushes him to his limit.

Tae’s feelings of power and invincibility quickly turn to anger and rage. Trash-talking escalates into full-blown fighting and Tae is ejected. Rather than own up to his mistakes, Tae lashes out at his coach and storms out of the gym. This is the beginning of a vicious cycle of bad decisions for Tae both on and off the court.

As Tae’s hot temper lands him in trouble time and time again, his run-ins turn more severe. At just 13 years old, he earns himself a juvenile record and is kicked out of school. His loved ones are at a loss. What will happen to their son and where can they turn for help?

The court orders Tae to serve 18 months – the second time he receives probation. Still struggling with what they should do, Tae’s mom connects with Georgia Department of Juvenile Justice (DJJ) after hearing about its partnership with Boys & Girls Clubs. She believes services from both programs – along with a little tough love – may help Tae chart a better path.

She was right. Tae, now 18 years old, says the Club was exactly what he needed to change his life. He is now working on his GED, serves as a leader at his Club, and has even learned to use basketball as a positive outlet to relieve stress.

“When I got to the Club, I connected with Mr. Greg on the basketball court. He’s like an older brother to me. He’s always a positive person and helps me see things in a positive way. We can talk man-to-man.”

Tae is not alone. More than 90% of kids and teens that attend a local Boys & Girls Club report there is an adult there who helps them when they have a problem.

Tae admits “I still get angry on the court, but it never gets to the point where I’m ready to fight.”

Once they established a relationship on the court, Mr. Greg encouraged Tae to expand his horizons by participating in several Club leadership projects that could help him resolve differences in a healthy way. Besides basketball, Tae’s favorite program is Passport to Manhood, which brings teen males together to talk about team-building and good choices. The Keystone Club, a service program that teaches high-schoolers about positive leadership skills, has also groomed Tae to become a model leader.

“His transformation has been big,” said Mr. Greg.

Mr. Greg says Tae’s attitude has impacted his performance in school, too.

“Tae was initially failing every class. Now, he’s on A-B honor roll. He’s really been an asset to our Club.”

Tae, an aspiring sportscaster, says his confidence has grown a lot. He has since gone on to win the “Offensive Player of the Year” award with his Club basketball team, his relationship with his mom and dad is improving, and he was released early from probation in May 2017 because of his compliance in the DJJ program.

“All of these accomplishments make me feel I can be the best at anything I put my mind to. My Club showed me the way.” 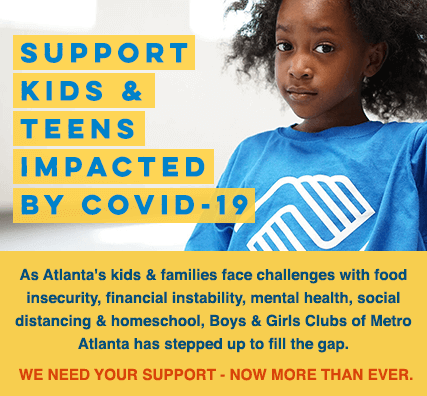