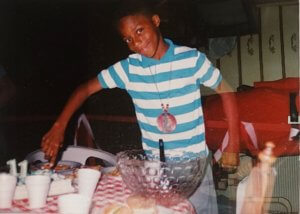 Twenty-eight years ago, I was an angry kid with a severe learning disability and a strong single mother who had been confined to a wheelchair from a stray bullet.

Our home was surrounded by a lot of drug dealers and pimps; these were the powerful male examples in my neighborhood.

But one summer experience at the Warren Boys & Girls Club changed my life.

When I was 11 years old, a creative youth development organization called Moving in the Spirit performed at my Club. I was sitting in the audience when they invited Club members to come up and learn a dance combination.

I learned the dance and took an opportunity to join a class Moving in the Spirit started offering at my Club. I really had a good time. My confidence grew with every step I learned.

In school, I went from making 17s and 20s to making 95s. I started cranking out good grades and my teachers were trying to figure out how my grades were improving so drastically. 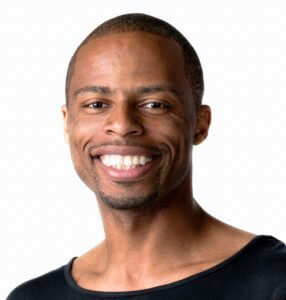 I remember going back and telling my dance teacher, Dana, what was happening.

She was so impressed and the more I described how making gestures that emulated the information I was reading at school, Dana put the pieces together and discovered I was a kinesthetic learner.

If I put what I’m learning to movement, my retention level goes through the roof.

It was a big weight off my shoulders.

As time went on, I knew there was more to do, and I wanted to be the good example of manhood I never had.

As a young man growing up without a father, I looked around and asked, “Where are the men?” and decided when I graduated from Georgia State University to answer that question by joining the DeKalb County police force.

But I quickly learned that it was too late to turn a young man’s life around by the time he was in my custody. So I took a gigantic entrepreneurial leap and went back to the place where I’ve I always felt at home, Moving in the Spirit, where I founded a program called Men in Motion.  Twelve years later, young men ages 8 -13 are learning to reach their potential through weekly dance classes, mentoring, and leadership training in Men in Motion.

I’m really thankful for these opportunities that shaped my life. I was in Boys & Girls Club for only one summer, but I believe the impact it’s had on my life will last a lifetime.

Thank you for showing me the possibilities.